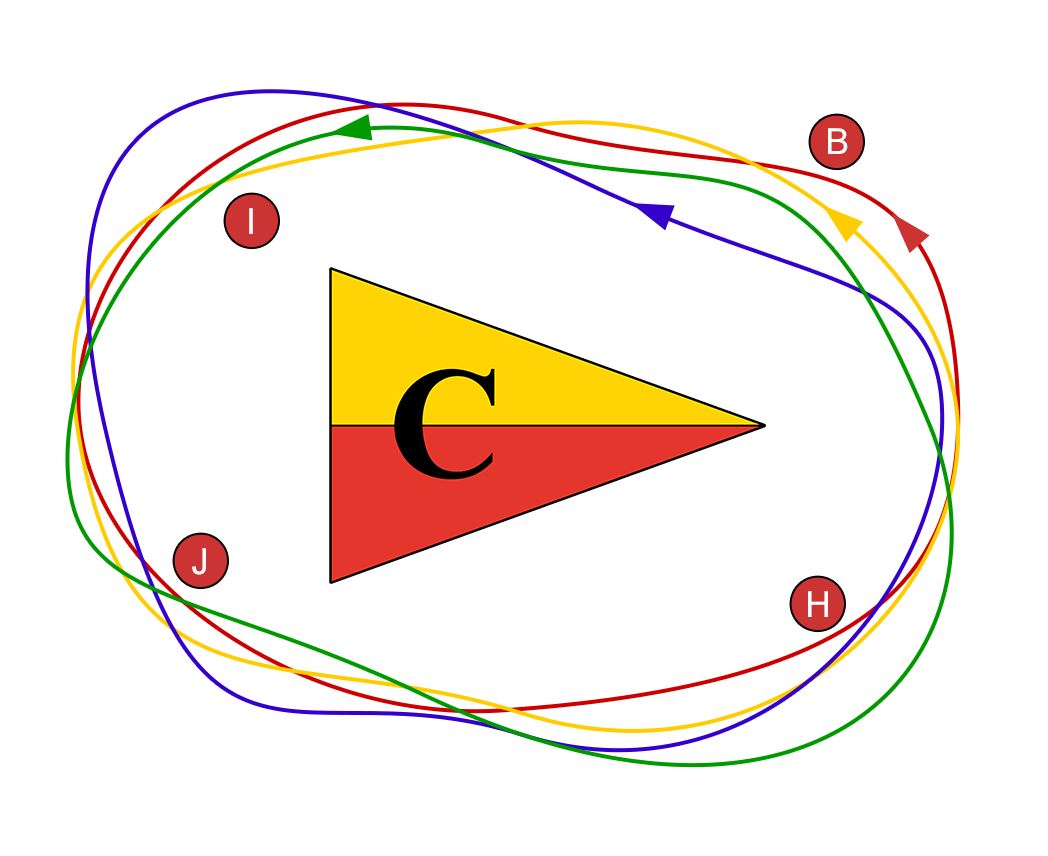 With a chill wind and forecast gusts of up to 28mph, it was great to see so many members turn out for this year’s Mini Pursuit Cup on Sunday, 1 December 2019.

The 60 minute pursuit (it is “mini” after all) saw the club Topaz head off first, followed a minute later by the Comets, the Byte CIIs 3 minutes after that and finally the Lasers.

As the race progressed, the fleet of Comets began to spread out, with Tim, Andy and John M breaking away at the head of the pack, and the Lasers cutting through from the back, having overtaken Tony’s CII, following a wrong turn at Bog that left him in a dead spot, but as the Lasers tussled for position, Neil’s attempt to gain the advantage instead meant his course was not made so good, leaving him floundering at Hermit, watching Richard round the mark and disappear off in the direction of Island.

With the race coming to a close, Tim, John M and Andy had managed to extent their lead over the rest of the Comets, but with just one lap to go Andy (claiming he had heard the finishing bell) relaxed a little too soon and capsized at bog, literally falling out of the top 3. Richard, meanwhile, had made his way past all but one member of the fleet and was lining up to sneak through on the inside when… Ding! Ding!

And so, after 60 minutes, the results were:

So, congratulations to Tim, a big thanks to Robert (DO) and Mark (ADO) for running a great race, and hat tip to Martin, who stayed upright for the entire race and and finished in a respectable 7th place in the club Topaz, despite it being just his second time taking it out.