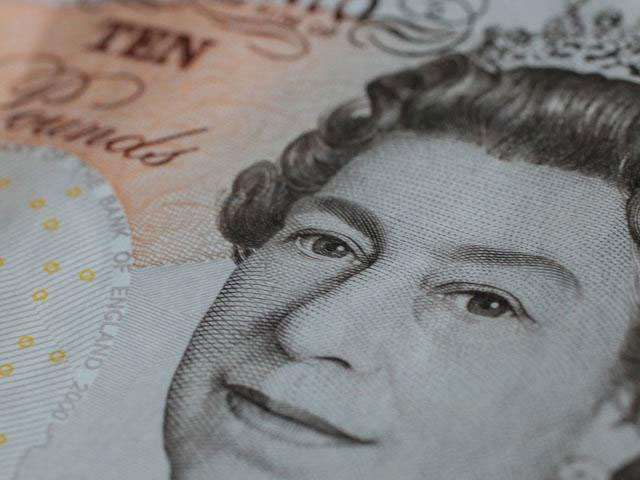 The annual membership renewal notice has just gone out by email to all members. There have been one or two bouncebacks from undeliverable email addresses so if you haven’t received it please contact the Treasurer, Phil Gammon, at treasurer@croydonsailingclub.co.uk so we can update or correct as necessary.

Details for making payments by cheque or bank transfer are in the email you’ve received, but if you’d prefer to pay using PayPal, credit or debit card, please contact the Treasurer and he’ll send you the details. 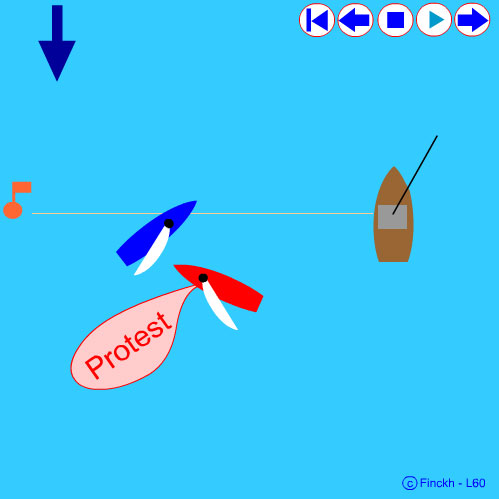 If you find yourself with a few moments to spare over the Christmas break, why not check out this simple Regelspiel Uli Finckh (Rules of Racing) game: http://game.finckh.net/indexe.htm

The graphics aren’t quite PlayStation 4, but the animations are clear and concise, it only takes a few minutes to complete and is a great way to learn some of the rules while you take a well deserved break after a busy 2014.

Good spot Ray, thanks for sending it in. 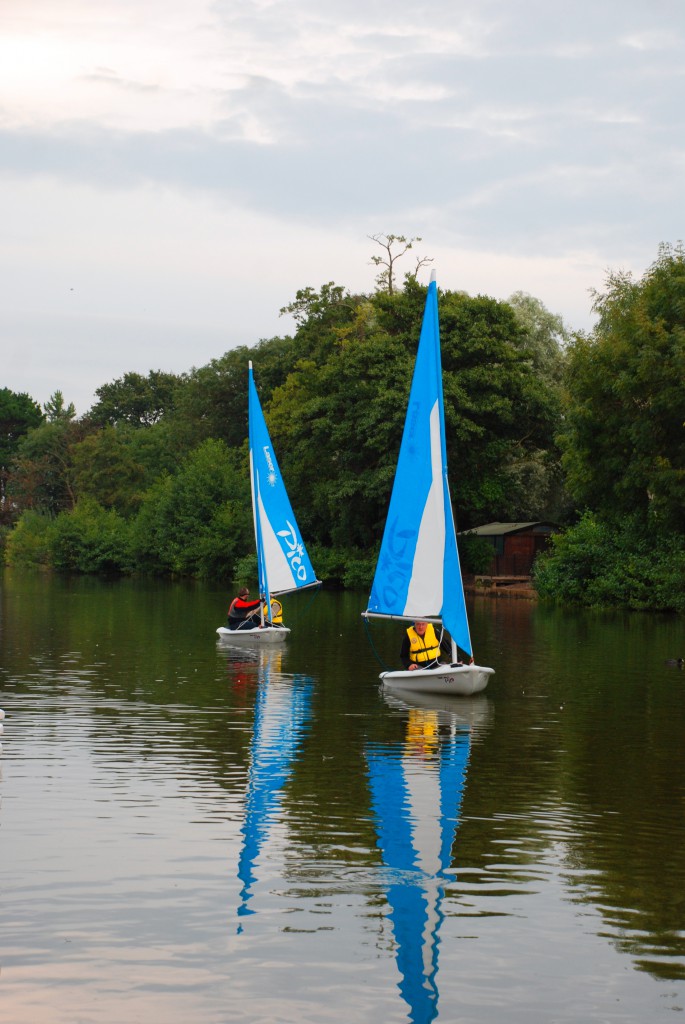 With a high proportion of regular members going away for the Christmas break, there’s no Winter Season racing for the next two Sundays at CSC, but the club will still be open for Free Sailing, meaning all members are welcome to come down for practice, and with a Match Racing day planned early in 2015 (watch this space for more information), it’s a great opportunity to come down and brush up on those skills, tactics and techniques you might not get the opportunity to try on a regular Sunday.

Free Sailing can only go ahead if enough people turn up, so if you’re coming down, please get to the boat park before 11am to avoid disappointment. 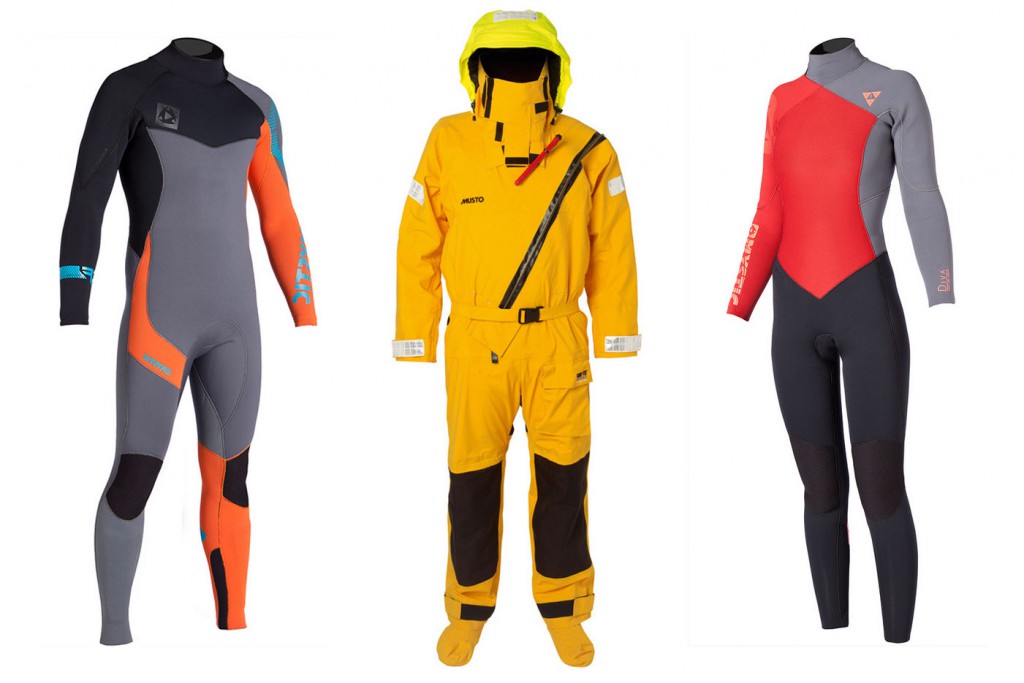 After what seemed like a never ending Summer, I think we can safely say that Winter has arrived. So, until 15 March 2015 wet (or dry) suits are now compulsory, meaning that you will not be able to participate without one, and after that it will be at the discretion of the DO until things start to warm up again.

Wetsuits should be full length 5mm suits (one described as “5/4” or “5/4/3” is fine) and dry suits appropriate to the season. 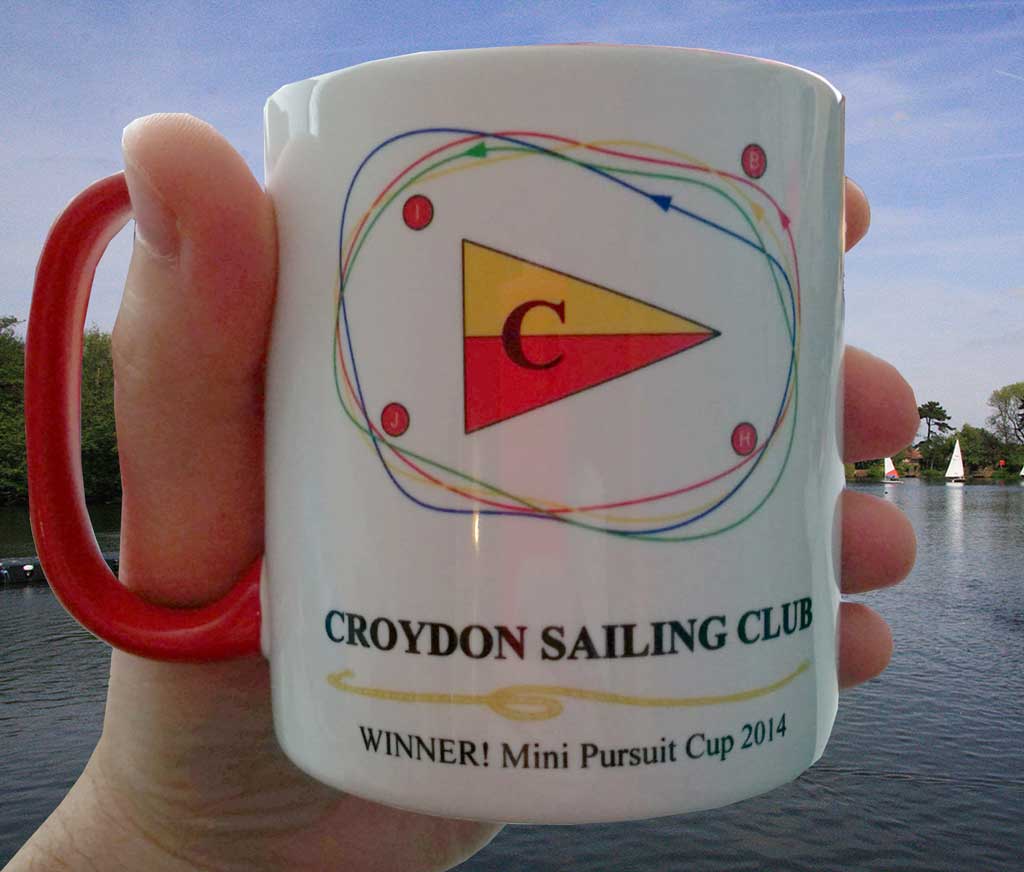 Despite the predicted bad weather, there was a good turnout for the Mini Pursuit Cup earlier today, with 1 Pico, 5 Comets, a Byte CII and a Laser all lining up to take part.

Michael made a strong start in the Pico, giving himself plenty of breathing room before being hotly pursued several minutes later by a fleet of Comets and, later still, by Tony in his CII and Neil’s Laser.

Making the most of the best winds of the season so far, Neil and Tony quickly saw off the Comets (quite literally, with all of them retiring before the end of the race), before catching up and overtaking the Pico. Having made up the deficit on the CII, Neil and Tony spent most of the second half of the race jostling for position, constantly changing positions, coming close to colliding as they snuck past, out thought and outmanoeuvre each other to gain whatever advantage they could.

With 90 minutes almost over, Neil had gained a slim lead, and when “3… 2… 1… ding!” came from the side of the lake, he pumped his fist in the air. But his excitement was short lived. Because while the CII and Laser had been using all their energy to tactically jostle for position and steal each others wind, all they had been doing was playing into Michael’s hands. He hadn’t been just one lap ahead when they’d started, but two! They’d fallen into his trap and he’d beaten them both by nearly half a lap.

So, congratulations to Michael: winner of the Mini Pursuit Cup 2014.