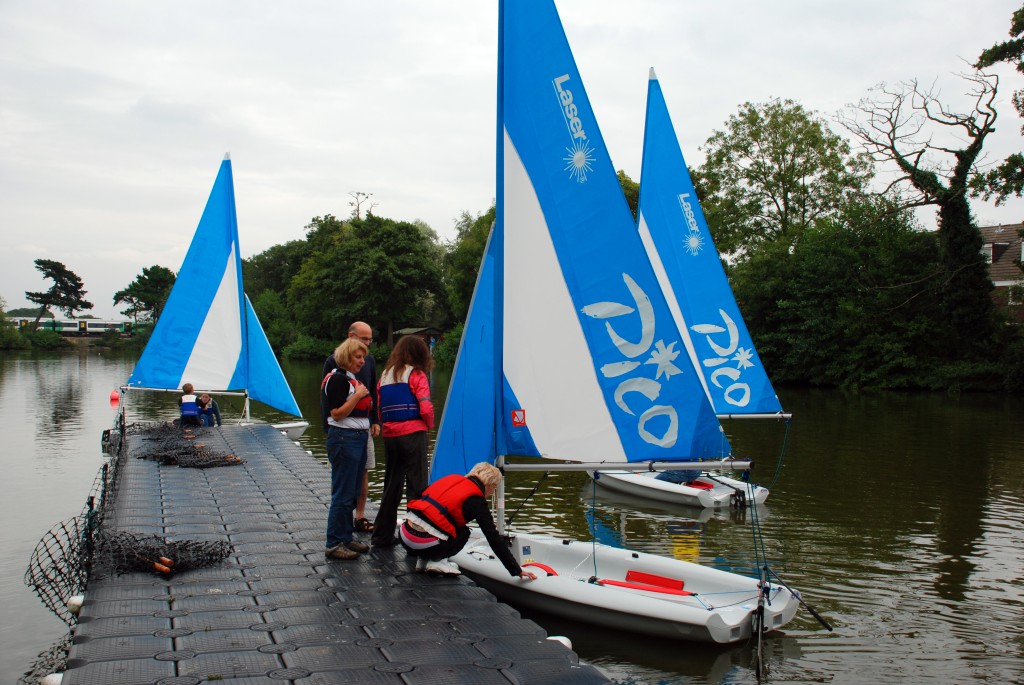 If you’re taking out one of the new Picos, please ensure that you furl the sails when they’re not in use, even if you’re only leaving it tied up for a short period, like the coffee break between races.

It only takes a few moments and will ensure they remain in great condition for years to come. 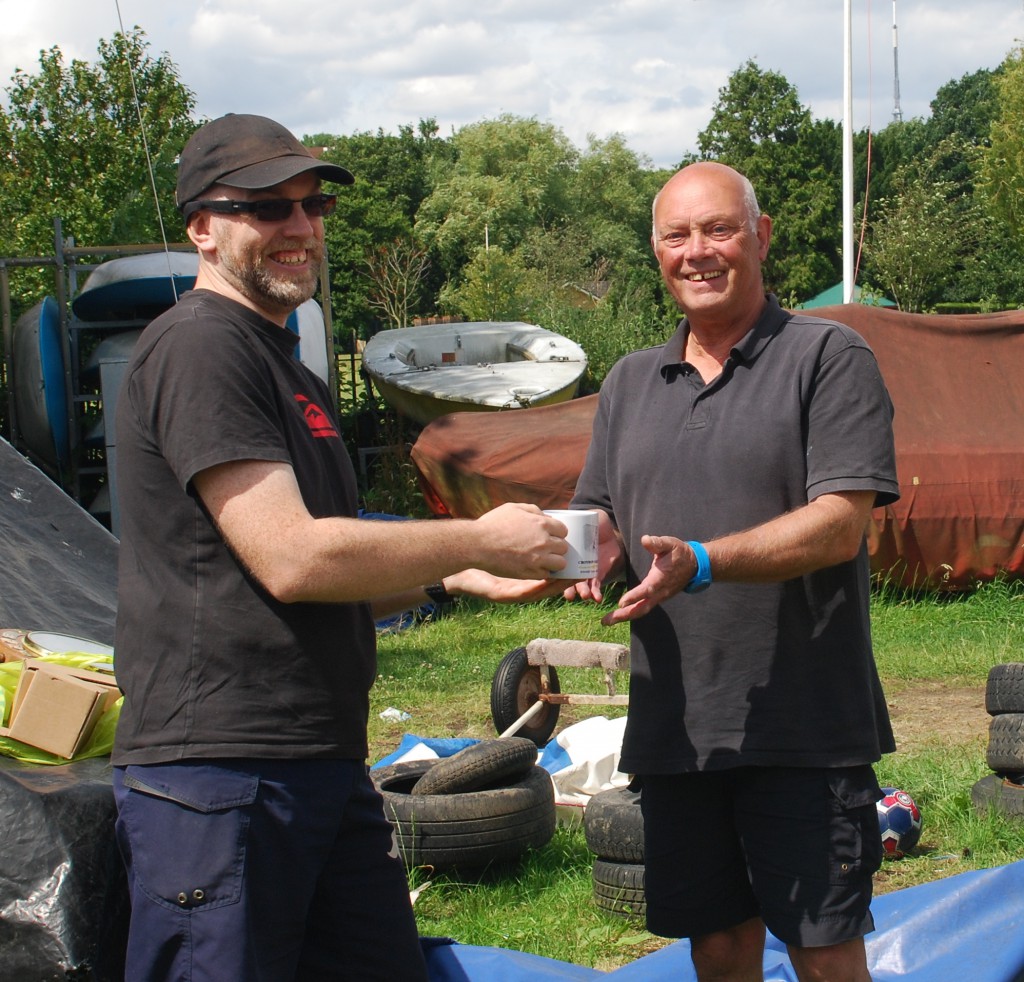 Building on his form from the previous season, Winter 2013-14 was largely dominated by one individual, who has clearly found his groove after switching to the Byte CII class from Heron a number of seasons ago. But, with just over 10 points separating 2nd from 6th in the A series, the competition was clearly hotting up, with Robert showing that he was the best of the rest.

After finishing head and shoulders above the rest in the Winter series, Tony was nowhere to be seen in the top 3 for the A series, but clearly benefited from a nice strong coffee at half-time, pipping Neil to first place in the B series by a single point! Despite his disappointment at being pushed into second place by such a narrow margin, however, Neil’s efforts made him the highest placed Laserer (is that a word?) in the club’s history, which may offer a crumb of comfort.

The all seasons trophy goes to the best performing sailor when all 4 series are combined, and with a win in the both the A and B Summer series and B in the Winter, the overall winner probably came as no surprise, with Ray and Geoff showing that a strong, consistent performance throughout the year can put you in a great position overall.

Alongside the 4 series that make up the racing calendar, Croydon Sailing Club have hotly contested cup races once every 4-6 weeks, and with 6 different winners it shows just how competitive CSC has become!

What’s the fun in having a set of results if you can’t use them to speculate and make wild predictions for the future? Well, here are mine…

With a stellar performance last Winter and a B series win in the Summer, Tony has got to be odds on favourite to retain at least one of his Winter titles and possibly even the All Seasons trophy, hasn’t he?

One to watch: Philip

Finishing a single point outside of the top 3 in the Winter A series and pushed into second place by just 5 points (less than a single DO duty) in Summer A, I predict that Philip will continue this great form to win at least one A series during 2014-15.

Despite not troubling the top 3 of either Summer series, Geoff’s strong overall performance throughout the year gave him third place in the All Seasons. If he can finish an average of just one place better in each race of any given series during 2014-15, he’s in with a great chance winning the series. My prediction? Geoff will finally win one of the 4 series during 2014-15.

Up and coming: Tommy

With a recent seamanship skills course under his belt, rumours of regular practice sessions at Queen Mary reservoir and his recent performance in the club’s new Picos, Tommy shows all the signs of a future contender. Expect to see him rapidly moving up the rankings during 2014-15, giving some of the longer standing members a real run for their money.

What do you think?

Do you agree with these predictions? Or think they’re nonsense? Got any predictions of your own? Why not let us know via Twitter or Facebook! 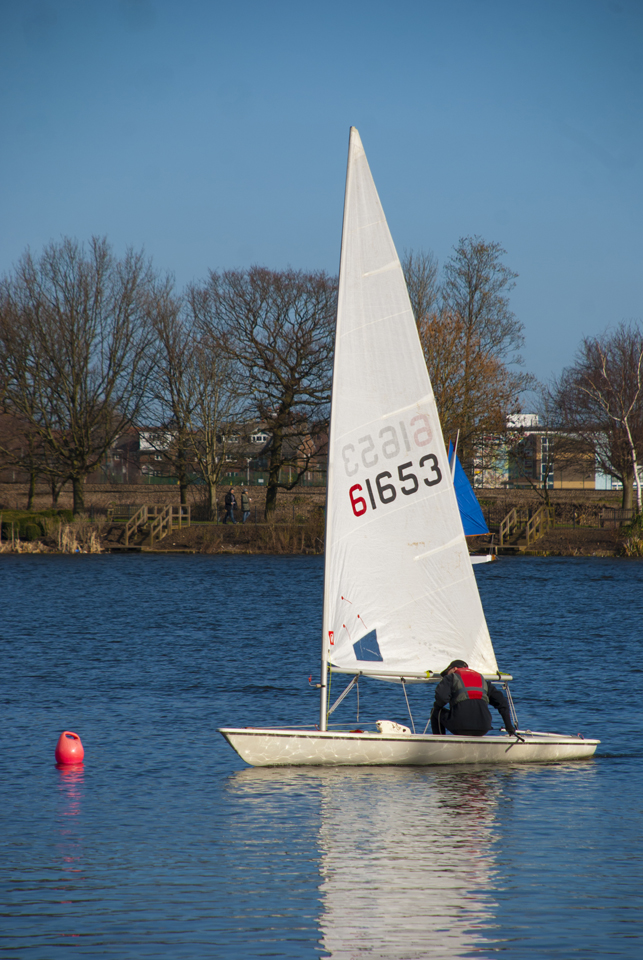 Congratulations to Neil for pumping, flapping, swaying and generally cheating his way to victory today, lapping the entire fleet in the process!

With glorious sunshine, but predicted winds of force 0 gusting to 1, DO Phill decided to liberate the fleet from rule 42 of the ISAF Racing Rules. You know, that pesky rule that says “a boat shall compete by using only the wind and water to increase, maintain or decrease her speed. Her crew may adjust the trim of sails and hull, and perform other acts of seamanship, but shall not otherwise move their bodies to propel the boat.” Although he maintained a ban on wiggling the rudder and lassoing, or otherwise tethering, dinghies to ducks and other wildlife.

Rules relaxed, the fleet used a variety of ingenious boat rocking, flapping and swaying techniques to get things moving, with Robert and Derek looking like early contenders to swindle their way to a win. But it wasn’t to be, as Neil sneaked past and never looked back to take both first place on the water and victory in the race.

I think we all know who we should keep an eye on next week, when it’s back to rules-as-usual for the Golden Shackle! 😉