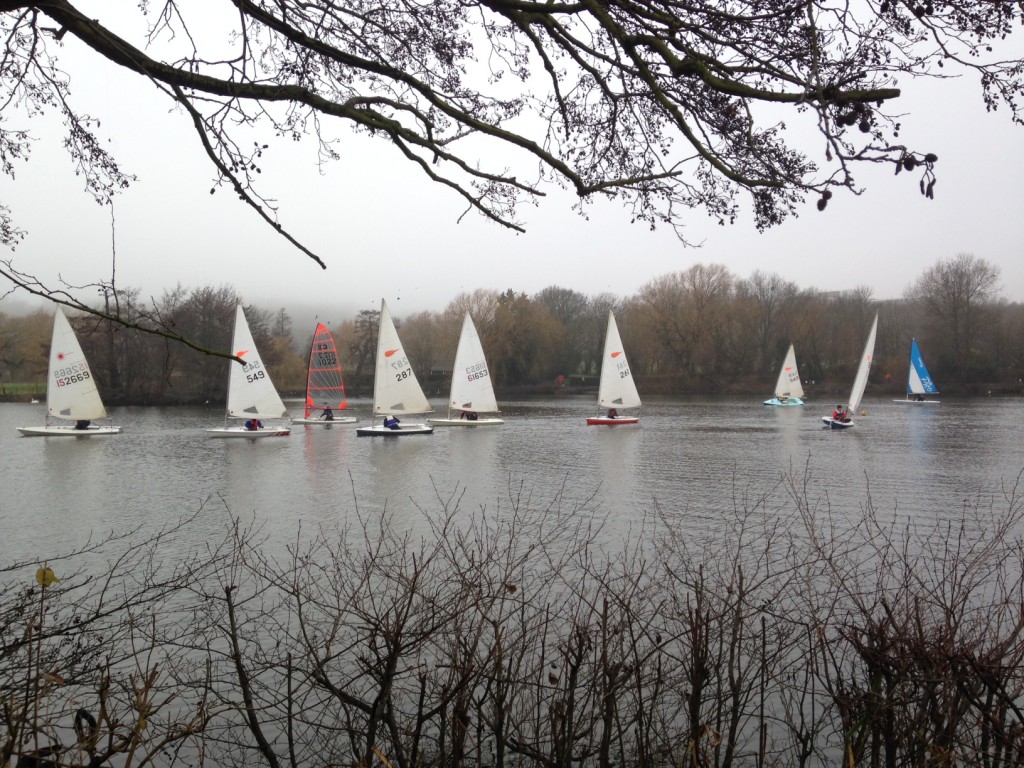 Despite the freezing weather, gusty wind, ice and fog, an amazing 11 racers turned out for the first race back after the Christmas break: the Pond Pounders Pot

No doubt spurred on by the promise of post-race mulled wine and mince pies (plus all kinds of other goodies), the race got off to a competetive start and continued in much the same way throughout, with the race order changing changing every lap until the last.

Josh (Pico) made a great start only to be scuppered by a sudden change in wind direction approacing Jetty, leaving him stuck in a header as he watched Derek (Comet), who had to restart after beginning the wrong side of center, come from nowhere to finish second and Janice (Comet) show Neil (Laser) how it’s done, beating him to fourth place by a cheeky 0.1 seconds (corrected time)!

But even Derek’s heroics weren’t enough to catch Tony (Byte CII), who came home to win of the first cup of 2015. Congratulations! 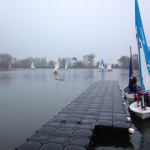 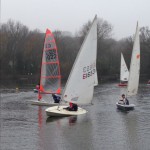 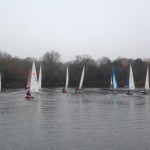 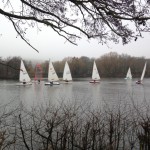 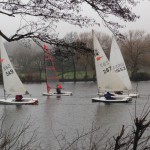 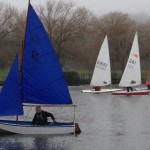 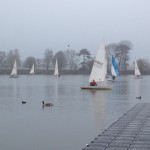 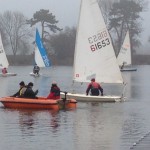 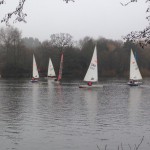 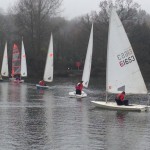 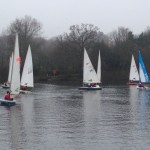 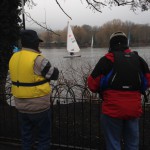 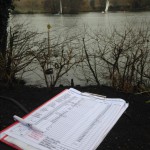 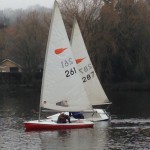 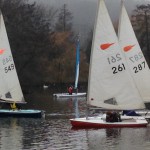 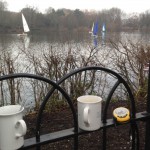 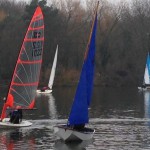 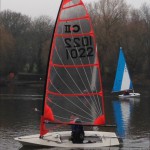 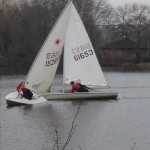 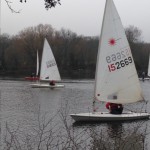 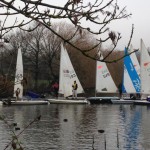 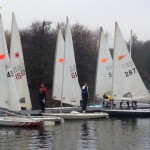 Thanks to Tommy for the photos. 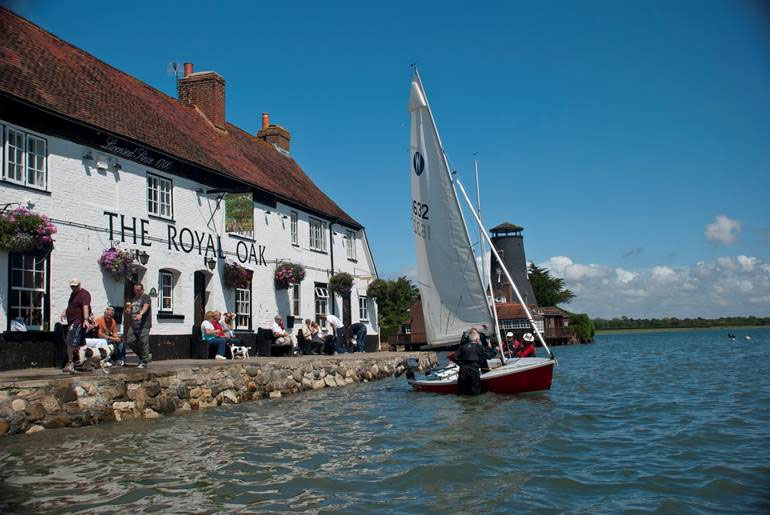 If you’re interested in cruising and/or camping at Chichester harbour this year, a list of available dates has now been posted in the club hut. There’s a new cruising group which goes to Chichester Harbour and surrounding areas throughout the Spring, Summer and Autumn. The group is not associated with any specific club, so all members or CSC are welcome to join them. There is no safety boat, but the group sails closely together.

If you’re interested in taking part, or would simply like more information about what to expect, contact rayfinland@gmail.com who will be happy to answer your questions.