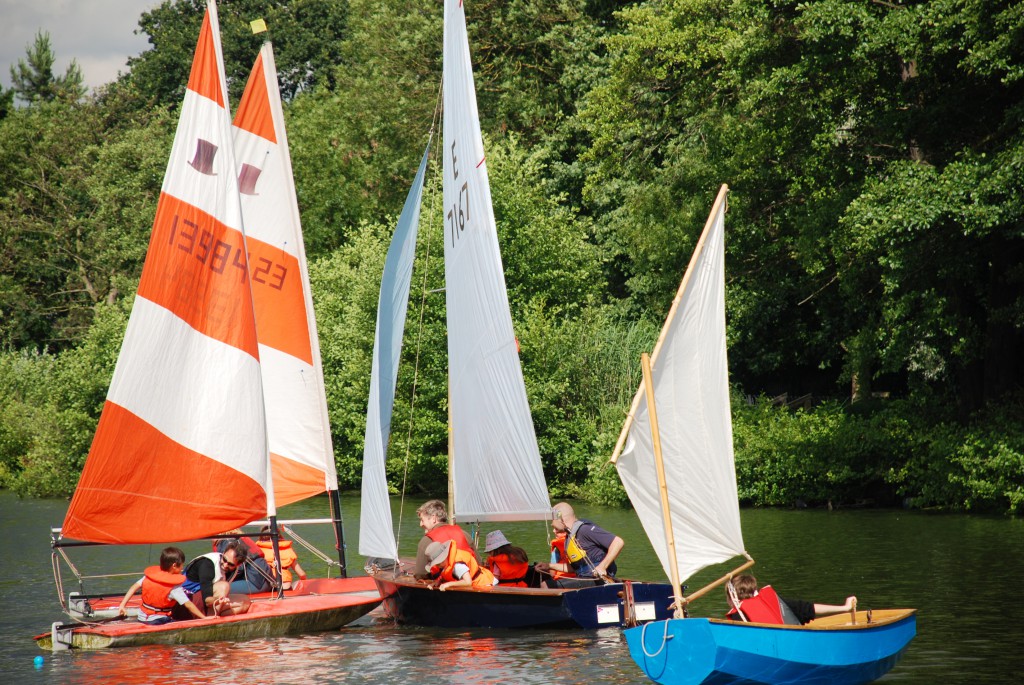 After the serious racing in the morning , family members gathered to take part in a Novice Race and Treasure Hunt on the water.

Sailing Secretary Neil commented that, ” so many new sailors who had recently undertaken our learn to sail course had joined in  and  enjoyed displaying their new skills to family members”. The Novice race was won by Anna, (learn to sail participant) who crossed the finish line just seconds after  Russ (rusty sailor course attendee)  on handicap points.

After the Novice Race enthusiastic sailors boarded their dinghies to collect as many plastic balls as possible which had been released. It was so much fun that the Club ran it again a second time. One parent  exclaimed that his daughter was rather nervous  taking to the water in the dinghy with him but once she began collecting the balls as part of the competition she stopped worrying about falling in -“it was great!”